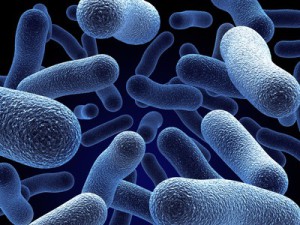 Efficient Microbes (EM) is a 100% natural technology that offers an effective alternative to chemical fertilizers and herbicides, inorganic medicines and antibiotics used in the fields of agriculture, livestock and animal health, environmental remediation and human health.

EM is a unique and highly effective combination of beneficial microorganisms (or probiotic bacteria) that operate as an effective group to balance and regenerate any environment into which they are introduced, enabling living organisms (plants, animals, human bodies) to function to their full potential.

The fact that bacteria are able to do this is not something new. In fact, since the beginnings of life on Earth, bacteria have been a vital part of the life cycle of every living organism on the planet. It is bacteria that allow plants, animals and humans alike to use the nutrition from their foods. Bacteria are involved in the growth and correct functioning of cells. They help living organisms to create natural vitamins and antibiotics, and are a major factor in fighting disease. To sum it all up: life cannot survive without the work of bacteria.

What is new is the means to harness the capabilities of these various types of microorganisms in one effective, self-supporting and effective group, namely EM. The majority of probiotics available today contain only one or two species of bacteria, grown as pure cultures and then freeze-dried so that they may be kept alive. It is not a natural process, and does not contain the full range of species that microbes usually interact with as a part of their normal life cycle. Moreover, these probiotics are grown in a sterile environment, with no competition, and so when they are introduced to the wild and variable ecosystems of the “real world”, their ability to survive is severely impeded. The microbes in EM, however, comprise a wide range of beneficial micro-organisms, fermented together at body temperature, allowing them to grow, interact and compete naturally. This unique process helps to create a consortium of highly effective, inter-dependent microbes that have the ability to survive together in any environment into which they are placed, influencing that environment in a regenerative (rejuvenating) direction, whether it be in a human or animal body, soils, plants or water.

Applied to crop farming, forestry or gardening, EM has the potential to reduce or eliminate the need for chemical fertilizers and pesticides and increase plant growth naturally. Used in livestock farming, or for domestic animals, EM can reduce or eliminate the need for antibiotics and artificial growth stimulants, increasing animal production and health by natural means. It also increases the uptake of nutrition by animals, improving Feed Conversion Ratio (FCR) and weight gain naturally. For the environment, EM has the capability of consuming toxins and healing rivers, lakes or soils, returning natural life to areas that were polluted and toxic. And for human health, EM repopulates the body with all of the natural microbes we need to survive, allowing the body to stay healthy and heal itself naturally.

The basic groups of microorganisms in EM are lactic acid bacteria (commonly found in yogurt, cheeses), beneficial yeasts (found in bread & beer), and phototrophic bacteria (which can utilise light as a food source), as well as soil based organisms, which have a wide range of documented benefits.

Other factors to look at when considering EM microbial cultures is that they are all naturally fermented at body temperature, especially relevant when one considers that the human body’s most important source of beneficial bacteria is naturally fermented foods. This means the finished products are raw, containing 40 trace minerals, amino acids (up to 18), various organic acid compounds, nearly 100 types of enzymes, B complex vitamins, Vitamin A (in the form of Retonin, the form ready for absorption by the body), as well as the live microbes which make up the solution itself. Importantly, none of these beneficial compounds are added artificially to the brewing process. Rather, they are a natural by-product of the fermentation process of these highly effective bacteria.

The principal classes of microorganisms in EM are: 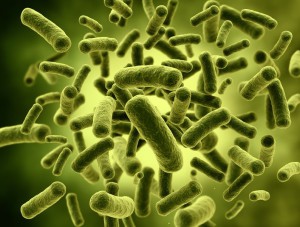 Phototrophic bacteria are one of the key elements both in EM’s structure and its workability and benefits They are referred to as phototrophic as they are able to use light (photo-) as a nutrient (-trophic).The phototrophic bacteria are a group of independent, self-supporting microbes, considered to be the most versatile bacteria in existence. These micro-organisms have been on Earth since before there was oxygen, meaning that their food source was (and is) the gases that we consider harmful or toxic to us today: Hydrogen Sulphide, Carbon Dioxide, Methane and Ammonia to name a few. What this means is that the phototrophic bacteria in EM consume toxins and harmful gases in any environment, giving off oxygen as one of the by-products. The aerobic bacteria (bacteria which use oxygen) then consume the oxygen generated by the phototrophic bacteria and they in turn excrete carbon dioxide, which the phototropes can again use as food. Even more importantly, however, phototrophic microbes also excrete amino acids, antioxidants and other substances that enhance life which can then be used by the body.

In soils and plants, these bacteria manufacture useful substances from secretions of roots, organic matter and/or harmful gases (e.g. hydrogen sulphide), by using sunlight and the heat of soil as sources of energy. The substances developed by these microorganisms are absorbed directly into living organisms and act as a food source for increasing populations of other beneficial bacteria.

Lactic acid bacteria have a number of well-established benefits. They can improve lactose digestion, play a role in preventing and treating diarrhoea and act on the immune system, helping the body to resist and fight infection. Several lactic acid bacteria may help prevent initiation of colon cancer. It has also been demonstrated that lactic acid bacteria slow the growth of experimental cancers.

Beneficial Yeasts synthesize antimicrobial and other useful substances required for cellular growth from amino acids and sugars secreted by photosynthetic bacteria, organic matter and other microorganisms. The bioactive substances such as hormones and enzymes produced by yeasts promote active cell division. These secretions are also useful substrates for effective microbes such as lactic acid bacteria and actinomycetes.

EM is one of the only technologies (if not the only technology) worldwide that contains live, stable consortia of aerobic, facultative anaerobic and synthetic nitrogen-fixing microorganisms which are self-supporting and bale to influence any system into which they are introduced in a regenerative direction.

The microbes in EM do not alter the natural ecology in environments they are applied, but rather motivate the existing beneficial and neutral microbes in a regenerative direction, allowing them to dominate the environment, increase the uptake of nutrition, process toxins and eliminate pathogenic microbes.

Due to the increased use of chemical fertilizers and antibiotics in modern agriculture, livestock and animal health, environmental remediation and human health, neither plants, animals or mankind, for that matter, receive the benefits of the various bacteria that should be a part of the normal life cycle. The action of EM in providing us with mutually-supportive bacteria which have the ability to influence the entire bacterial population of any eco-system or the body of any living organism has never before been uniformly achieved. Thus it can be said that we have reached a new era in the evolution of natural technologies.