October is Non-GMO Month. Most of you might be aware of the dangers of GMO’s. Non-GMO month is about everyone having the right to know what is in the products we use and what we are putting into our bodies.

What is GMO & Non-GMO?
A GMO is a genetically modified organism. Foods that contain GMO’s have genetic material that has been modified using genetic engineering methods by using DNA molecules from different sources which are combined into one molecule to create a new set of genes.

Today, according to Sustainable Table, about 200 million acres of farmland worldwide are now used to grow GMO crops. Soybeans are the most common, demonstrating 63% of all GE crops in total, corn is 19 percent; cotton is 13 percent and canola 5 percent. 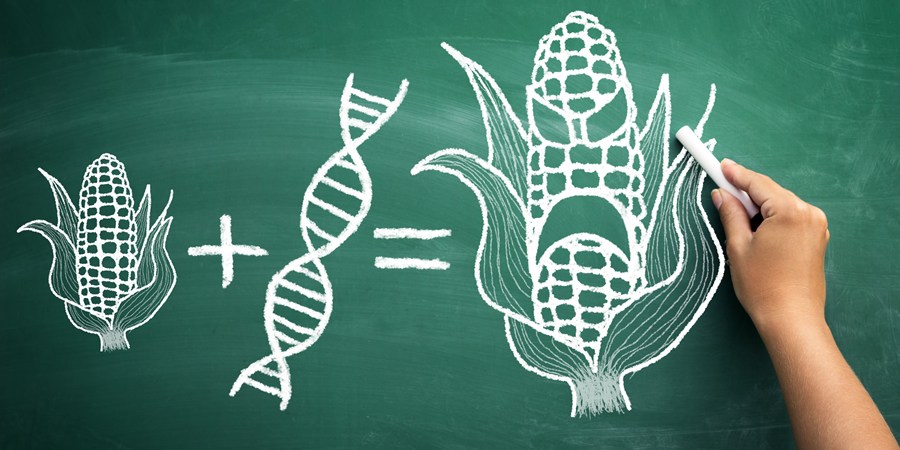 Seeds have also been genetically modified such as tomatoes, alfalfa, potato, rice, squash, papaya, flax and chicory. Furthermore, recently animals have been modified for the human diet like chickens capable of laying eggs that contain cancer fighting protein, non-browning apples that produce enzyme polyphenol oxidase, Enviro-pigs that are modified to produce 65 percent less phosphorous in their poop and urine, fast growing salmon and hyper-producing seeds.

Many experts agree that genetic engineering is imprecise and highly capable of inducing mutation.  All genetic engineering processes lead to unpredictable changes in the DNA, proteins and biochemical structure which can lead to allergenic and/or unexpected toxic effects. GMO diets have been linked to thousands of toxic and allergenic reactions, millions of sterile, diseased, and dead livestock, plus damage to practically every system and organ studied in laboratory animals.

GMO foods and products have had foreign genes forced into their DNA. The implanted gene is typically a virus or bacteria. All GMOs are extremely unstable. Unfortunately, we do not know the full extent of damage done to the environment and our renewable energy nor do we know the overall health consequences. To ensure that you have a safe and healthy diet look for GMO-free products labelled “non-GMO”. 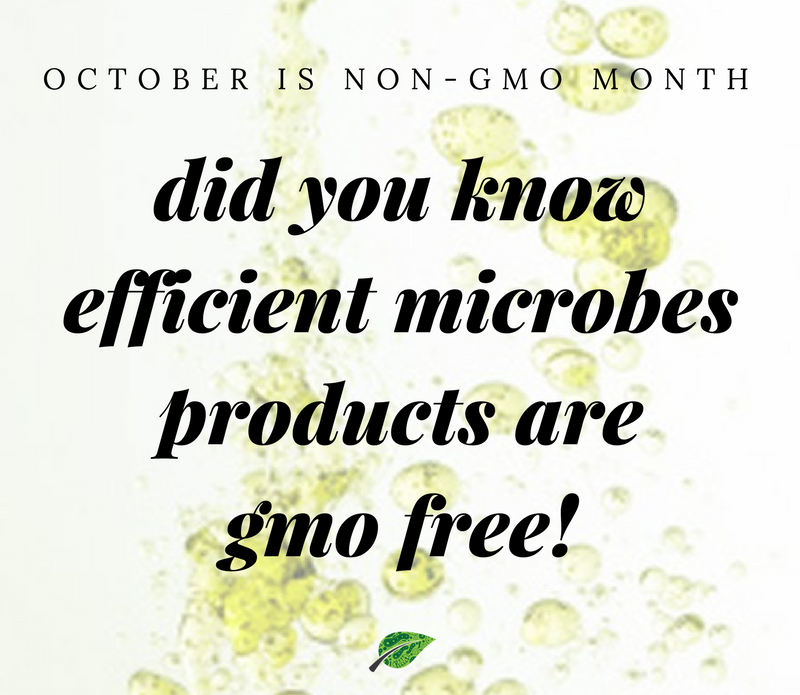 Efficient Microbes are the natural alternative to many of the chemicals & medicines used in agriculture, animal health and human health as it closely mirrors the natural range of microbes that are found in our soils and naturally grown foods.

Efficient Microbes, a naturally fermented live probiotic formula, is made up of a blend of beneficial bacteria that promotes the growth of naturally occurring beneficial microbes.

The microbes in Efficient Microbes are non-harmful, non-pathogenic, not-genetically-engineered or modified (non-GMO), and not-chemically-synthesized.