Bugs – Essential to our Survival

Since the beginnings of life on Earth, bacteria have been a vital part of the life cycle of every living organism on the planet. Bacteria are involved in the growth and correct functioning of cells. They help living organisms to create natural vitamins and antibiotics, and are a major factor in fighting disease. To sum it up: life cannot survive without the work of bacteria. The following information is taken from an article, A bug’s life by Andrea Vinassa.

We tend to see bacteria as dirty or dangerous, while most of them are harmless, beneficial, even essential to our survival.

While the idea of bacteria may make you want to reach for the nearest hand-sanitising spray, the vast majority of them are either harmless or beneficial. Researchers are, in fact, only beginning to understand how crucial a role the mixture of bacteria in our bodies – referred to as the microbiota, or the microbiome – plays in human health, according to Professor Andrew Whitelaw of the Division of Medical Microbiology at the University of Stellenbosch.

“Disturbances in the microbiome have been associated with a range of diseases,” he says, including diabetes, obesity, neuropsychiatric disorders and allergies…and the composition of the microbiome seems to be crucial for the proper development of the immune system.”

“There are also potential links between disturbances in the microbiome and development of certain cancers,” Prof. Whitelaw continues. “Most research to date has focused on the microbiome in the gut, since that’s where the greatest concentration of bacteria is found.”

Right now, your gut houses an army of 100 trillion or so ‘good’ bacteria. They make it their business to neutralise toxic by-products of digestion, block the attachment of ‘bad’ bacteria and yeasts, help digest the food you eat, and produce important nutrients, such as vitamins B and K.

Which brings us to probiotics. These single celled superheroes can be called in to protect your body from the bad guys – especially when you have been taking a course of antibiotics.

Antibiotics have saved millions of lives since they were first introduced nearly a century ago, but bacteria are becoming increasingly resistant to the medication on offer, which has led to a global health crisis. Dr Memela Makiwane of the Division of Clinical Pharmacology at Stellenbosch University’s Department of Medicine warns that antibiotic resistance is driven by the repeated, often unnecessary exposure of bacteria to antibiotics.

“Many doctors incorrectly prescribe antibiotics for viral infections such as the flu,” he explains. Multi-drug resistant bacteria – so called superbugs – are a growing problem worldwide, including in South Africa. Doctors can help fight superbugs by prescribing antibiotics only when necessary by ensuring that patients take them appropriately and for the shortest effective duration, and by using the most specific antibiotic for the bacteria infection being treated.

Some antibiotics cause an imbalance in the normal gut bacteria, killing off a lot of the good guys. Normal, beneficial bacteria can be eliminated or suppressed by a course of broad-spectrum antibiotics, leaving room for pathogenic organisms to settle in. The bad bacteria then go to work on your undigested food, causing gas, bloating, constipation or diarrhea.

But that’s where probiotics come in. These beneficial organisms are thought to counteract disturbances to the balance in your body, reducing the risk of colonisation by disease-causing bacteria. 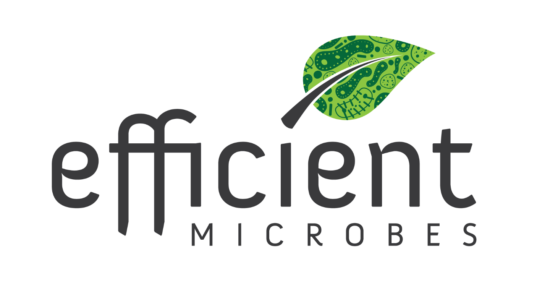 The majority of probiotics available today contain only one or two species of bacteria, grown as pure cultures and then freeze-dried so that they may be kept alive. It is not a natural process, and does not contain the full range of species that microbes usually interact with as a part of their normal life cycle. Moreover, these probiotics are grown in a sterile environment, with no competition, and so when they are introduced to the wild and variable ecosystems of the “real world”, their ability to survive is severely impeded. 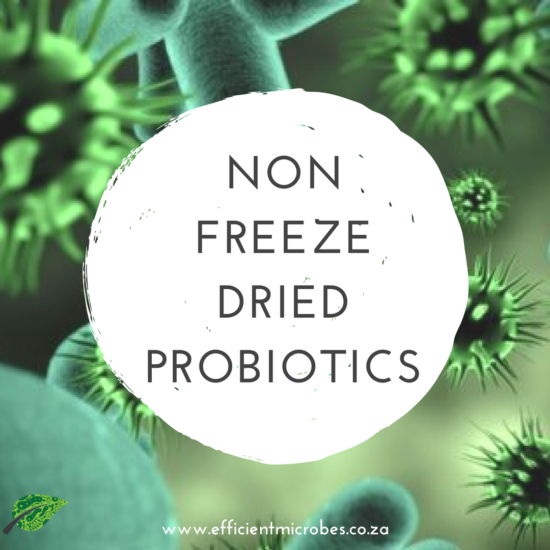 Efficient Microbes, however, comprise of a wide range of beneficial micro-organisms, fermented together at body temperature, allowing them to grow, interact and compete naturally. This unique process helps to create a consortium of highly effective, inter-dependent microbes that have the ability to survive together in any environment into which they are placed. Efficient Microbes probiotics are non-freeze-dried meaning they are alive and in their natural, raw state owing to the reason why they are so effective.